What's the story behind "Cyriax"

A story of the man behind the name Cyriax.  A remarkable man who lived for orthopaedic medicine. 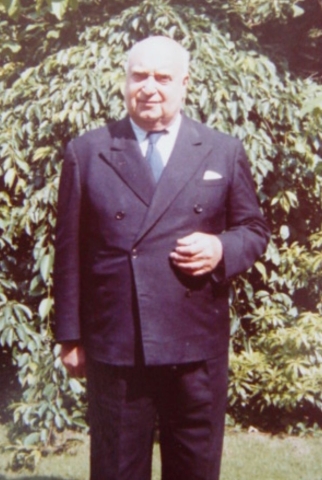 He went to the University College School, Gonville ; Caius College, Cambridge and finally to the St. Thomas's Hospital

married to Patricia (Patsy), who was a PT. Together they had two sons : Peter and Oliver. James Cyriax had also a son

and a daughter from a previous marriage. Since 1975 he was visiting Professor in Orthopaedic Medicine at the University

Once somebody asked him if he was religious ; James answered : "I believe in Orthopaedic Medicine". He was not the

type who was telling jokes all the time, but nevertheless, during lectures he often showed some typical British humour.

An example : he just explained that a certain lesion can be treated by an infiltration with triamcinolone. A colleague in the audience asks : "does it also work with local anaesthetic ?". Cyriax's answer : "of course ! As long as you put enough triamcinolone in it".

Dr. Cyriax was in fact the “Einstein of orthopaedic medicine”, who, even today, is a source of inspiration for many people. He was a very modest and idealistic man, without any interest in the “business side” of things.

sjeiks. Once he had to close his practice for some days because he had to fly urgently to India to treat a Maharadja with a back problem. 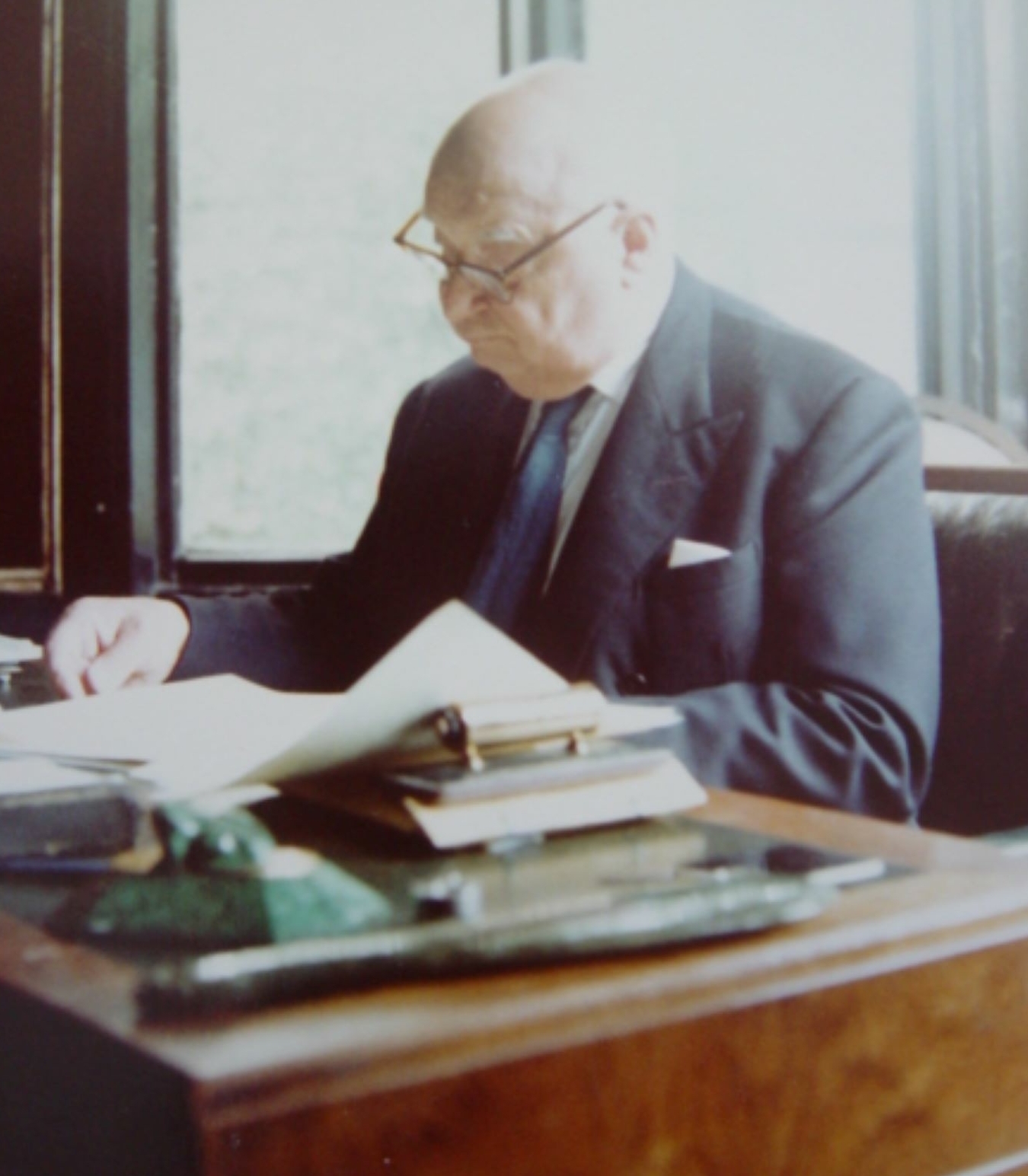 The common or the VIP-private patient both received the same intrinsic quality treatment. In contrast to his hospital

practice, there was more room for some "social chatting" in his private practice (32 Wimpole Street, London W1 ; the final

years of his career he practised in his private house : 206 Albany Street, Regents Park) .

Cyriax published many articles and books in which he clearly described his views on orthopaedic medicine. Modern

orthopaedic medicine, as we know it today, is the result of a vaste evolution. It is a constant search for validity and

scientific expansion of the different hypotheses. Some hypotheses have been confirmed, others refuted and other are still in the process of research.

lecture. In fact, he didn't pay any attention at all at the "dress code". Luckily the "girls" (his PT's) took some care of him. One might say, he was a little bit slumpy.

He also had a very good appetite : double portions and double deserts were not exceptional. He didn't smoke and he

preferred apple juice above wine. Once, during one of his visits in Belgium (on the Grand Place de Bruxelles) we offered

him some typical belgian beer. Sometimes, only by looking at his tie, one could know what he had for dinner. Even

cleaning his pen with the "dorsal" part of his tie was not exceptional. The beautiful part of this story is : he didn't bother a

single second ; it even gave him a particular charm.

In Wimpole street mostly he worked trough the lunch time without taking time for eating. If, by any coincidence, an

appointment was cancelled, he just went to the "girls" to eat some left overs or some cookies. In fact he didn't have a

social life. He once said to me : "years and years I have never done anything else but working ; we never had time to invite

some friends over. After some years I felt we had to do something about it and invite some friends and then Patsy said :

"forget it, we don't have any friends anymore"".

What was one of the triggers that Cyriax motivated to develop his work ?

St. Thomas's Hospital is one of the leading hospitals of London. James saw that the work in the PT department

consisted out of "heat-massage-exercises", without very satisfying results. He wanted to change the "indifferent" PT's into

"efficient" PT's. Cyriax was THE doctor who upgraded both his and the PT profession. He constantly promoted the intense

collaboration between MD and PT, each with his own responsability. Allthough he gave the "start" over 50 years ago,

nowadays it is still very actual.

James Cyriax passed away in London on 17/06/1985 and rests in the Hampstead Cemetery.

Spreading, in an honest, professional and scientific way, this basic updated knowledge in modern orthopaedic medicine,

throughout the world is our mission : the mission of the European Teaching Group of Orthopaedic Medicine.