Travelling around the world forces me to open my mind, to have a look at my beliefs from a different perspective.  Sometimes that’s quite confronting.

While teaching courses, colleagues often ask me: how many patients do you see per day?

Well, taking into consideration that I prefer to spend at least 30 minutes with each patient, then I really don’t want to see more than 15-20 patients a day.

I thought that’s kind of a standard.

After all, when I see a new patient, I need to do the inspection, take the history, perform the functional examination and set a treatment strategy and a preventive approach together with my patient.  And then treat.  For a first intake, sometimes I even need about 45’.

I realize this is a luxury position, since I am my own boss.

Not everybody is able to do that, because e.g. your boss tells you otherwise.  You’re stuck!

Although, some people choose to see several patients simultaneously by putting them in different “curtain-boxes” and then offer some kind of “industrialized” therapy.

Coming back to the question, how many patients do you see per day?

I have been teaching a lot of courses in Germany,  and I was curious about the work-culture overthere.  When I asked the colleagues, I very often heared that they used the “20 minuten rhythmus” i.e. each 20 minutes another patient, including undressing, dressing and treating.

Waw, how do you that?

I must say that most of them were not self-employed and some of them didn’t like this system either.

One day during a nice course in Hong Kong, a colleague congratulated me with the course.

He enjoyed it very much, but at the same time he said  “…but, I can’t do anything with this knowlegde”.  “I don’t have time to implement this clinical reasoning strategy”

I was so surprised to hear the reason for that: “in the hospital where I work I have to see minimal 6 patients per hour!”

I rest my case…

I thought I can’t be worse than that…it can, believe me! 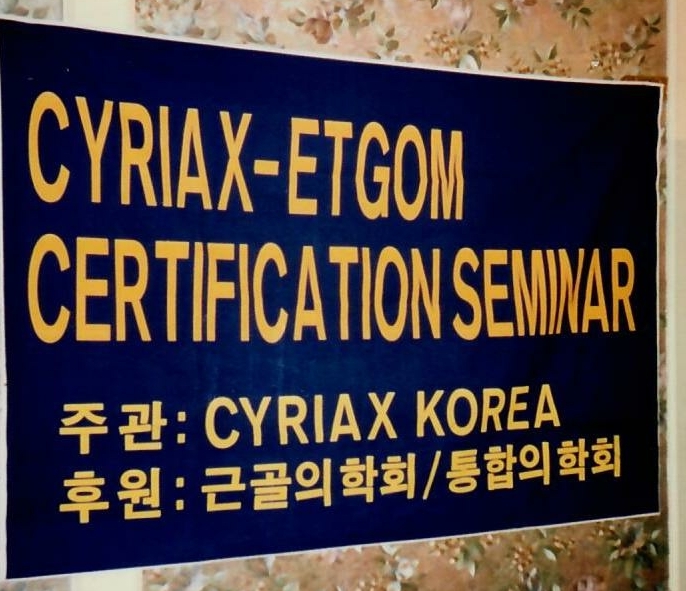 During a course I taught for MD’s in Seoul, South Korea, I was amazed by the motivation and the eagerness of the participants to learn.

It was a “night” course, because during the day they saw their patients, then, some of them took the airplane to come to Seoul for a night, flew back, and the next day all over again.

No wonder that the major cause of death in South-Korea, among people in their fourties is cardiac disease.

I don’t wish to judge people or strategies; everybody is responsible for his or her choices, but, let’s be honest…I believe it is impossible to give high quality care to our patients in such a way.

My humble advice is to invest in the first session with our patient.  The confidence of the patient and  ; this will be the basis for future success.  And of course, for the following sessions we can easily manage with less time.

Imagine, YOU are the patient, how would you like to be “treated”?

By the way, I also discovered that in Asian countries they seem to have a highly specialized “copy cat culture”, even in the medical world.  Illegal copies of medical books, the video’s I produced years ago, anatomy atlasses,…anything you can imagine.  Copies, copies, copies,…for sale at a very democratic price.

The "copy-cat" film culture in Seoul :)

Anyhow, for me it’s a pleasure to teach in Asia just because of the positive motivation of the therapists.   I look forward to further experiences in Asia!

PS: I once visite in China, a doctor, specialist in chinese medicine.  That really was an eye-opener…more about that in a future blog.

About the author
Steven de Coninck
Website
Steven works as a PT is his own private practice in De Haan, Belgium, since 1989. Besides seeing patients he likes to travel around the world to teach courses in modern orthopaedic medicine Cyriax. Part of his mission is to inspire you towards more clinical success in your daily practice.
Others also read these