A quadriceps lesion can occur at different localisations:

In this video I show you a practical illustration on how to perform the transverse friction massage for the medial and lateral parapatellar aspect.

For the left knee, the right thumb pushes the patella in a medial direction.   The left hand is in supination ; the ring finger, reinforced by the middle finger, exerts a forward pressure on the back of the patella. 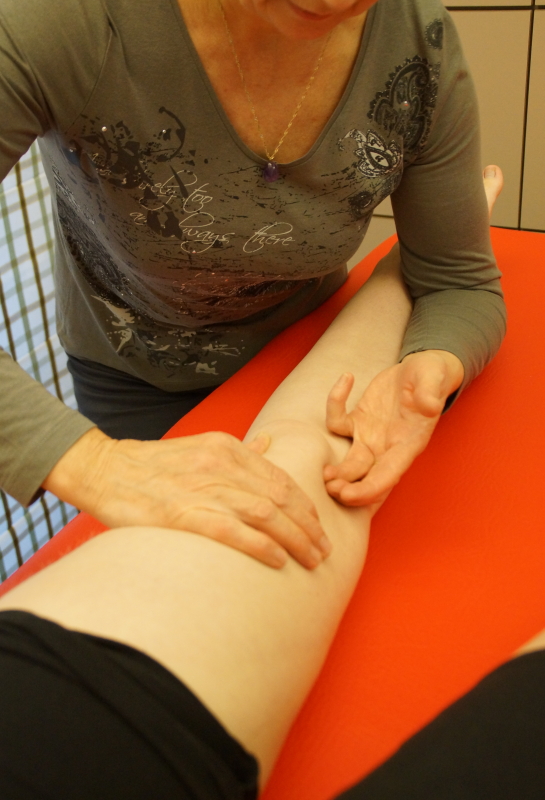 Suprapatellar : the distal half of the patella is pushed in a posterior direction, so as to make the proximal part tilt forwards, which makes it easier to reach the lesion.  The deep friction is the normal execution with the ring finger, reinforced by the middle finger, using the thumb  more distally as a fulcrum.  The pressure is applied towards the toes.

Since the lesion lies tenoperiosteally, there is contact with the muscle and the bone at the same time.

Infrapatellar : now, the upper half of the patella is pushed posteriorly.  The deep friction is the same as above. 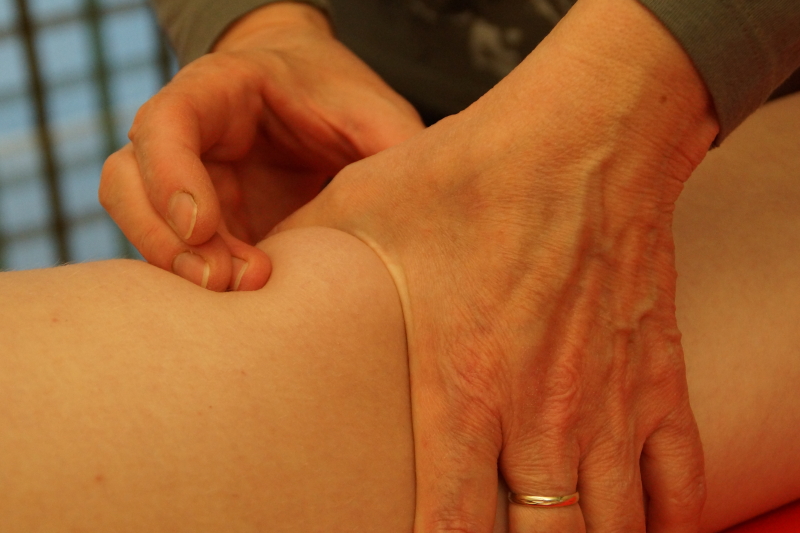