Home
MasterMind private training
Online MasterClass
Modular diploma course
Live webinars
+32 475 730911
Contact
In this article
Table of contents
[[showindex]]
Articles in this category
How to use an assessment form
Functional examination of the foot and ankle
Articular and muscular lesions of the hip
What about shoulder impingement tests?
How to interpret a functional examination
How to diagnose and treat ligamentous lesions in the knee
How to avoid "artificial hypercomplication" in the Cyriax strategy??
What could be the reason of weakness in the shoulder?
[...]
Home
Orthopaedic Medicine Knowledge Bank
Functional examination and clinical reasoning challenges
What is a "sign of the buttock"?

A patient is suffering from gluteal pain and we might suspect this is referred pain from the lumbar spine.  But...

It is so important to perform the passive hip flexion immediately after the straight leg raise during the lumbar functional examination, otherwise we cannot detect the Sign of the buttock, which could be an important red flag.

>>> One red flag has limited validity, but a combination of red flags must make us aware ; click here for more lumbar spine clinical reasoning

Never heard about a sign of the buttock before ?

The sign of the buttock is part of a combination of findings which indicates serious gluteal pathology. It is considered being a red flag.

The patient suffers from gluteal pain, which may or may not spread down the leg.

We perform the standard functional examination of the lumbar spine :

Because of the positive hip signs, the complete hip examination should be included. Some resisted hip tests may prove positive. 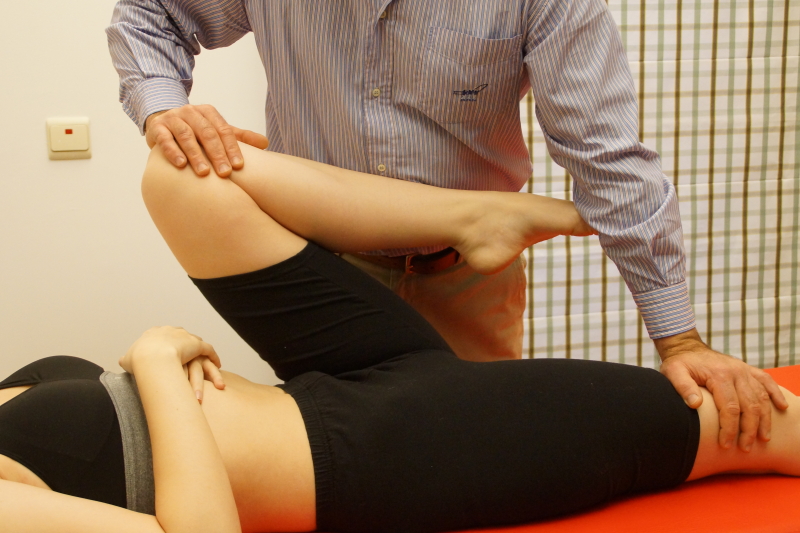 Passive hip flexion, to be performed immediately after the straight leg raise

A complementary examination is called for.

What could be the pathology ?

This clearly illustrates the importance of performing the passive hip tests immediately after having tested the straight leg raise in the lumbar examination. Hip tests are not just hip tests, but enable us to discover serious local pathology in the buttock.

Keep in mind that the presence of one red flag only has limited value ; we have to be aware of a combination of red flags.